Cooking Up a Storm with the Royal Navy Year 10 GCSE Food students at the Boys School were served up a treat on Tuesday 27th September with a visit from the Royal Navy’s Chef Team.

As Mrs Sally Rowe, Head of Food and Nutrition explained “Food and Nutrition is very popular at Berkhamsted and equips our students with the knowledge, understanding and skills to have a love of cooking as well as an understanding of nutrition, food science and healthy eating.” The Royal Navy visit therefore afforded an excellent opportunity to build upon these skills.

The boys were provided with recipes and ingredients, and just ninety minutes to serve up a chicken and mushroom pie followed by a sticky toffee pudding. Working in groups of four, they had to work as a team to divide up the tasks required for each recipe, as well as communicating clearly with one another to carry out the tasks required to get their meals dished up. The three Royal Navy chefs kept a close eye on proceedings, offering guidance and advice when necessary; their rapport with the boys as evident and there were plenty of laughs and good humour on display throughout. 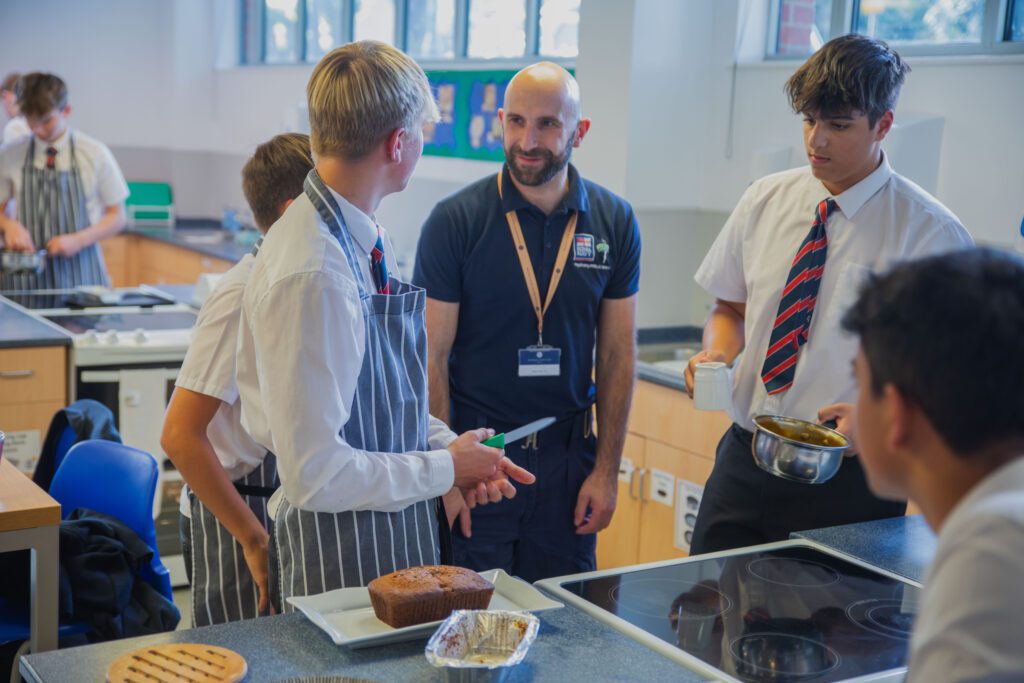 The session not only built upon the skills pupils have learnt during their GCSE course already, but the pressure of cooking under a time limit should serve them well during their three hour practical examination in Year 11.

The cooking session was followed by a talk on careers in the Royal Navy, which saw plenty of questions asked by pupils and served as a useful way of getting them to think about future careers. 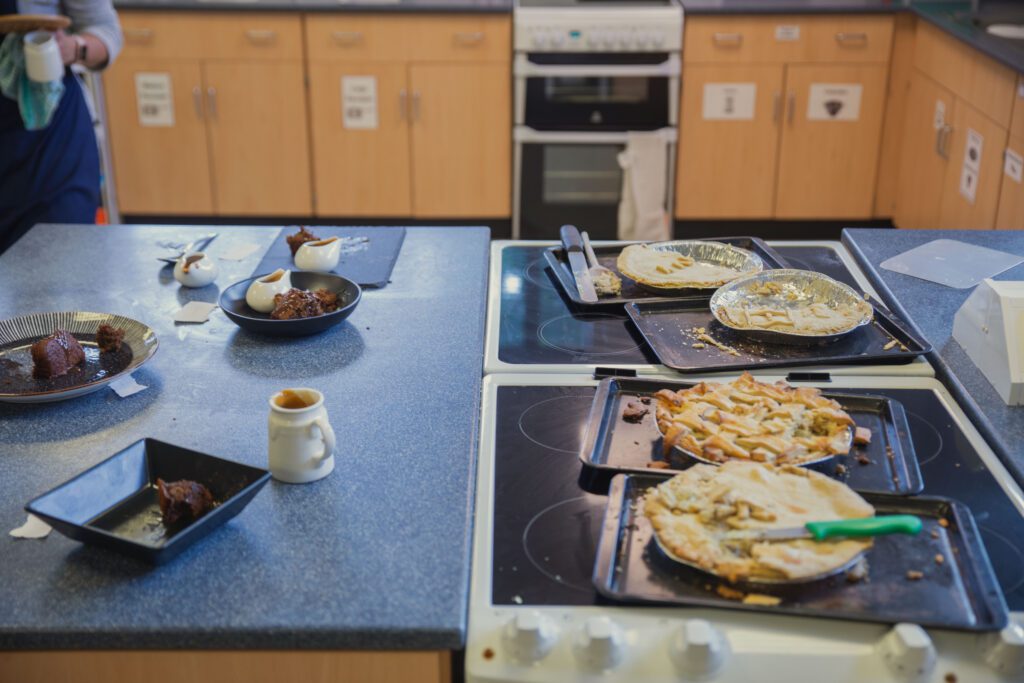 Each session then concluded with the moment that everybody had been waiting for: the verdict on which team had won! The judging panel was composed of Food and Nutrition staff as well as one of the Royal Navy team and you can see the winners of the afternoon session below with their prizes.

Thanks must go to the Royal Navy chefs as well as Food and Nutrition staff for organising a fun yet highly valuable day. 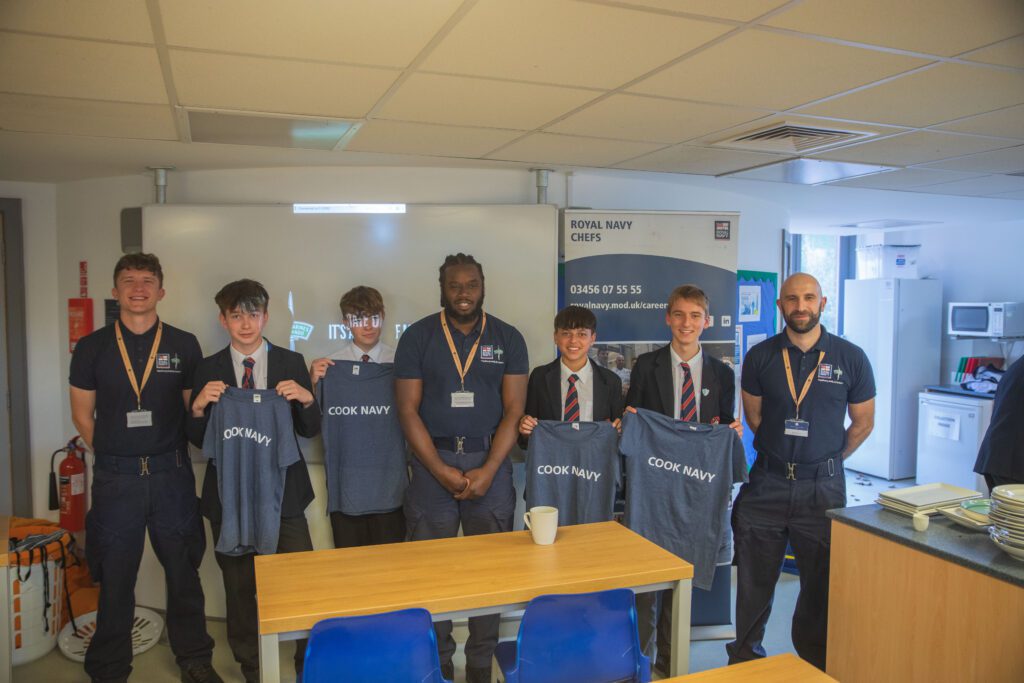