His visit was linking back to the children’s learning in their previous topic about ‘Great Explorers’. During this topic, the children had discovered that he was the first person to perform a single-handed trip around the globe, in 1967, and that he won the Golden Globe Trophy. They also were fascinated about the fact that he went to Berkhamsted Boys School when he was younger.

Sir Robin kindly offered his time to present to the children about his adventures. 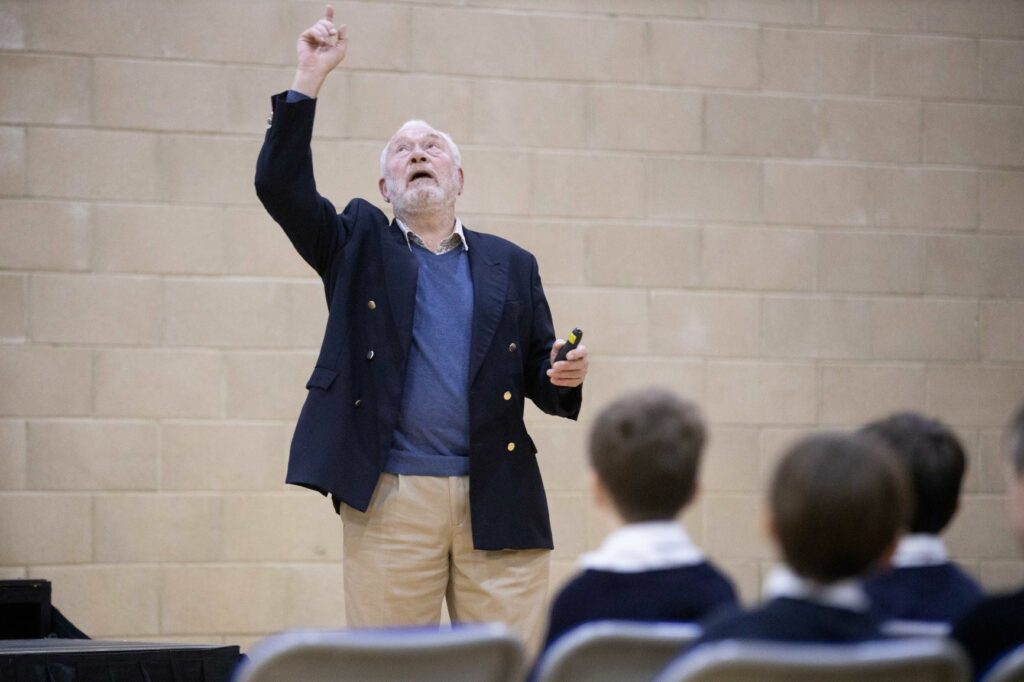 Then he explained the routes he took, his favourite places he visited and some funny stories along the way. The children learned that his thing that he missed the most was something to chew (as well as his family!)

Time for questions and answers

At the end, Sir Robin invited the children to ask some questions – they were very keen to do this!!

The questions that the children asked were extremely empathetic and thought-provoking. They proved themselves to be very mature six and seven year olds.

‘What did you miss the most whilst you were away?’ – quote from Charlotte

‘How did you know how to pack enough food?’ – quote from William

‘Which place was your favourite and why?’ – Maya

We all had such a fantastic day!

Sir Robin said ‘I had a thoroughly enjoyable visit.   The highlight for me were the questions from the very bright young people. ‘