Record breaking charity marshmallow has unheralded impact on the community Adjudicators have now verified that Berkhamsted School are the holders of the World’s Largest Marshmallow.

Josh received the certificate through the post and will arrange to have it framed and displayed at school.

When Joshua Nunn (Year 8) came up with the idea of supporting Children In Need and creating a Pudsey Bear shaped marshmallow, he could only begin to imagine the full impact of the project.

Contributing to his mum’s discussion with her client Belinda Clark, Joshua suggested they make their world record attempt as beneficial as possible. The Pudsey marshmallow idea was born.

£1,600 and counting for Children In Need

Fundraising has been a great success. The winning bid for the mammoth marshmallow was £550. The interest in the challenge sparked a further £1,050 Children In Need donations from the Berkhamsted community.

During Children In Need in November Joshua represented the Berkhamsted School record attempt on the 18:30 BBC News. He said “The result was beyond my wildest dream. But what has made it even better is the fact the winning bidder was this year’s MasterChef Winner – Irini Tzortzoglou – who had it all cut up and sold to raise even more money this time for The Jigsaw Children’s Hospice in Carlisle, Cumbria. My mum and I are going to go and visit the children during the Christmas holiday”

The creation of the marshmallow turned into a community event in Berkhamsted and beyond.

Look at this! It’s a #worldrecordattempt at #worldslargestmarshmallow made by @BCConfectioner for @BBCCiN! my friend and I are bidding so we can take it to @jigsawhospice can you help us get it there and raise as much as possible for #ChildrenInNeed2019 https://t.co/99be3sFWcs pic.twitter.com/ElVSw59GBF

Belinda, who normally specialises in traditionally shaped gourmet marshmallows was able to transform her design thanks to the Pudsey shaped mould donated by Talbot designs. 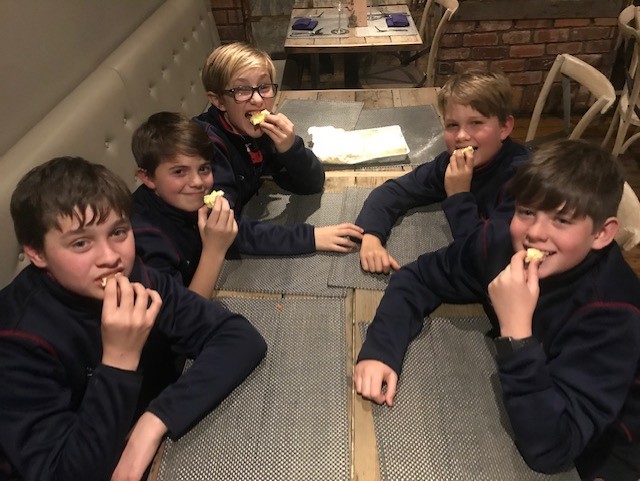 Richard Thompson, the school’s lead for external relations said “The Berkhamsted Society ties together Berkhamsted School’s interactions with local groups and charities.  Such links with the local community are perhaps, ever increasingly important. The Berkhamsted Society enables the School to participate fully in local life, with good relationships established and strengthened with local groups so that opportunities for the School’s resources and volunteering may be used well for events and activities.  We are delighted to support this exciting fundraising event and showcase our school value ‘serving others.’

Verification from the Guinness World Records is shortly expected to confirm Berkhamsted School as the holders of the World’s Largest Marshmallow title.

Donate to Children In Need