Year 8 rise to the Faraday Challenge What offers the opportunity to be creative, develop teamwork, organisation and communication skills and encourages pupils to consider STEM careers?

The answer is the IET’s (Institute of Engineering and Technology) Faraday Challenge, which took place at the end of Michaelmas term and saw 36 Year 8 pupils involved. The Faraday Challenge is a national competition, which sees pupils from a range of schools set a real-world challenge to try and solve. This year, pupils were tackling the Future Flight Challenge. They were given a budget, a selection of modelling materials to choose from, and over the course of the day each team created a prototype that sought to solve the problem of how airspace might be used in the future. 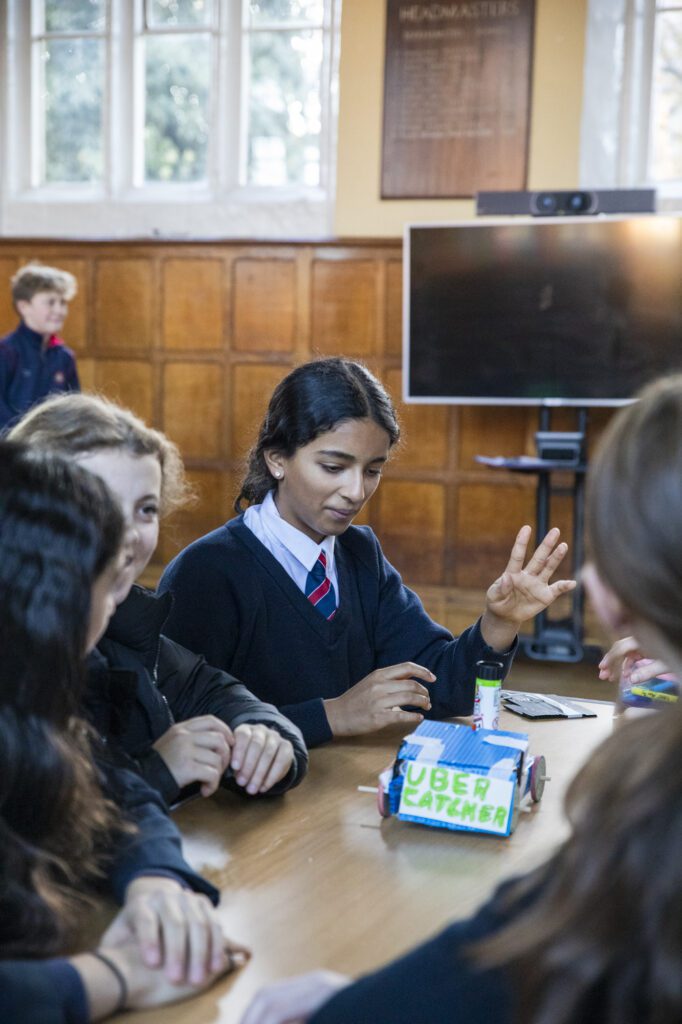 The pupils involved were swift to identify the skills that the Challenge was helping them to develop. “Money counting!” said Alec.

Ava agreed, identifying money-management as an important skill needed for the day to be successful. Once pupils spent their budget, they could only sell their items at half-price, meaning they had to think hard about which resources they bought at the start.

“Teamwork and perseverance,” was what Connor thought was needed to rise to challenge.

Louie thought that the day was a good test of organisation, with the pupils having to work together and set one another tasks in order to produce their prototype.

“We had to create instructions for the people who might use our prototype,” said Lottie, “and had to make sure that our instructions were really clear so that anybody using it knew how it worked.”

In addition, the modelling materials the pupils were provided with – items such as dowels, cogs, motors and electrical components – meant that they not only gained an enhanced understanding of how systems function and are created but were able to use their imaginations more freely to create a wide range of designs. 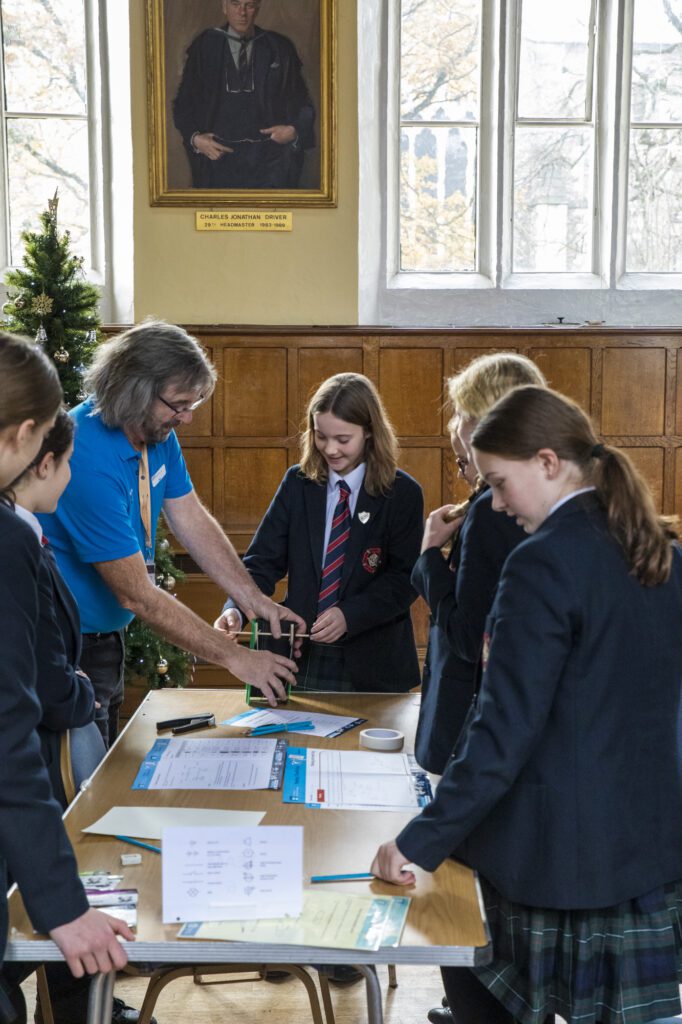 Ultimately, it was a close-run contest (just one point between the top three teams) but Team 2 (pictured below) emerged victorious after a tie-breaker and went home with a voucher for each member of the team as well as a trophy. Special mention to Team 3, who although not victorious created, according to organiser Phil, one of the best technical solutions he had seen during his nine years running the IET Faraday Challenge Days.

Congratulations to all the teams involved, and we are sure that the pupils will carry forward the skills they practised during the day. Watch this space for their designs in the future! 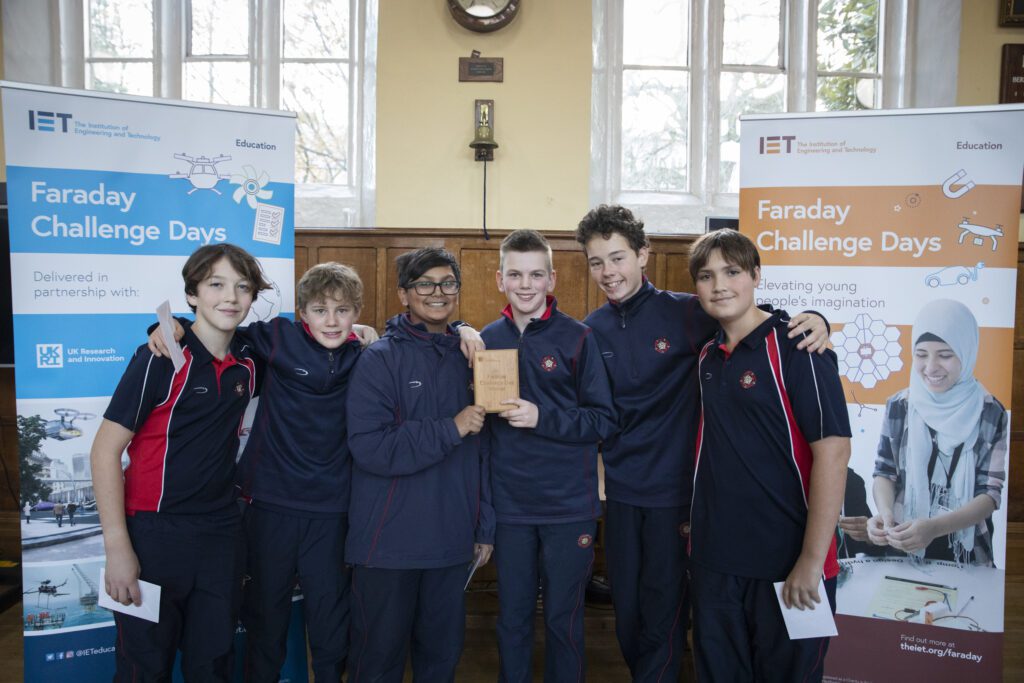