The 2019 cohort of Sixth Formers collecting their results today can be proud. Not only have they been crowned National Lacrosse champions, reached the National Netball finals, been ranked the 10th best Rugby team by the Daily Mail, collected 61 Duke of Edinburgh Gold Awards (so far) and helped to raise £61,000 for charity in their final year, they discovered today that they have also achieved higher grades in greater numbers than in recent years.

Impressive results top off an excellent year all round at Berkhamsted.

We are proud of all our students for what they’ve achieved. Full report to follow. #alevelresults2019 pic.twitter.com/75gEYRaZDe

Exam results represent only one aspect of this leaving year group’s remarkable achievements: they brought great enthusiasm and commitment to school life whether inside or outside the classroom.  Throughout their time in Sixth Form, on the sports fields, in the School’s 500 seat theatre whether performing in a dramatic piece or playing in a musical concert, assisting with local community projects or in developing resilience and character by taking part in numerous outdoor activities, this group of students endeavoured to experience it all. 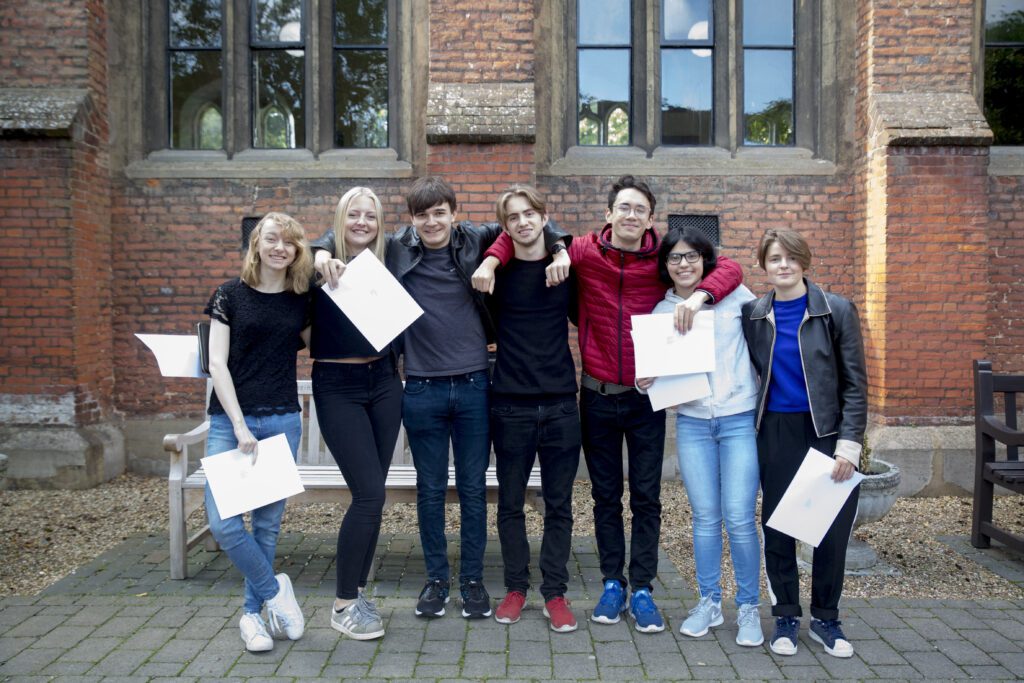 Mr Martin Walker, Headteacher of Berkhamsted Sixth commented that “Developing remarkable life skills as part of each student’s personal development beyond academic attainment is key to school life at Berkhamsted; this year’s leavers have certainly achieved above and beyond with record breaking results in addition to their other significant successes.”

The first X1I girls’ Lacrosse Team were crowned National Schools Champions in March 2019 and our U19 Netball team made the National Finals – finishing the sporting year with a 6th National ranking.  Our boys’ sports teams were also consistently performing well with the first Rugby team being ranked 10th in the SOCS Daily Mail Trophy Merit Table by the end of the season.

This year’s high spec production of ‘We Will Rock You’, ran over three nights, performing for an audience of nearly 2,000 was a highlight of the year for many of our leavers. If they were not performing on the stage or the sports field, they could be found on an expedition with 61 Sixth Formers completing their Duke of Edinburgh Gold Award during the academic year.

This year’s Head Boy, Joe Beadle, completed his LTCL (Licentiate of Trinity College London) diploma in Piano Performance from Trinity College London – recognised by the Qualifications and Curriculum Authority (QCA) as the equivalent to an honours degree; and his fellow student, Emily Noithip achieved her Diploma award, which the Royal Schools of Music place two levels above Grade 8 and is normally attempted by students of at least university age and experience.  Both achievements were awarded during their Sixth Form studies in addition to their academic success. 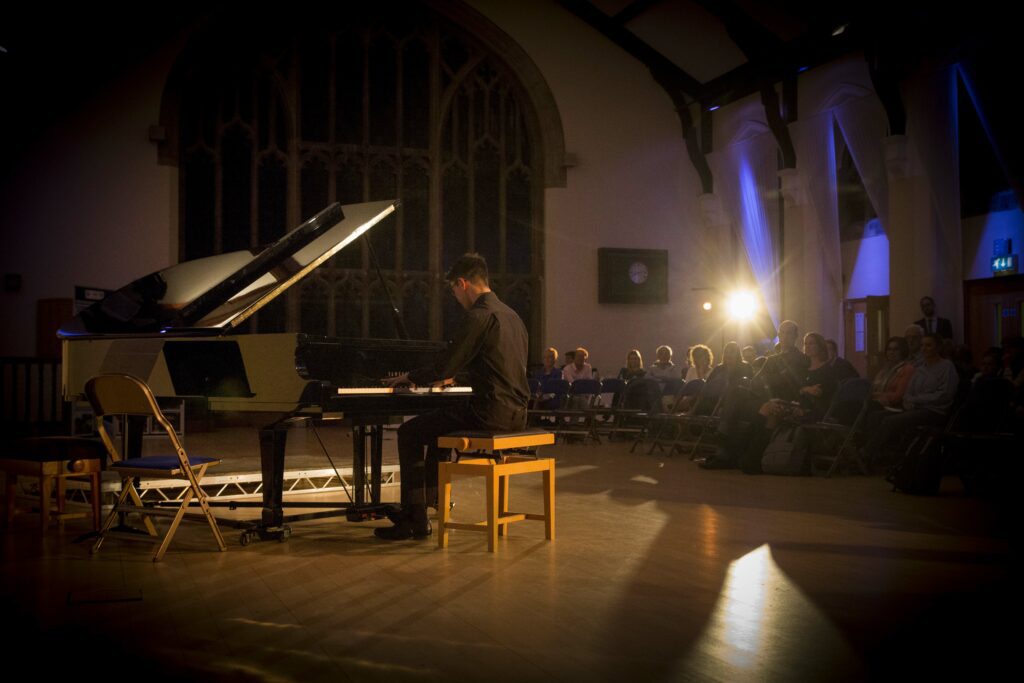 Staggering commitment to serving others and supporting charities

Many students also took time from their studies to help in the Berkhamsted Community and fulfil the School’s value of ‘Serving Others’.  Students dedicated time over the year to support local and national charitable causes including St Francis Hospice, Light Up A Life, Save The Children, Sunnyside Rural Trust and working in the Open Door Community Café.  This altruistic service carried out by the students in collaboration with their Senior School classmates, raised a staggering £61,000 for charity.

The skills learnt from these life experiences can only enhance the results gained from their academic studies in preparation for life beyond the School.  Twelve students achieved straight A*’s in their chosen subjects, whilst 46 of this year’s cohort have succeeded in receiving three A grades or better. 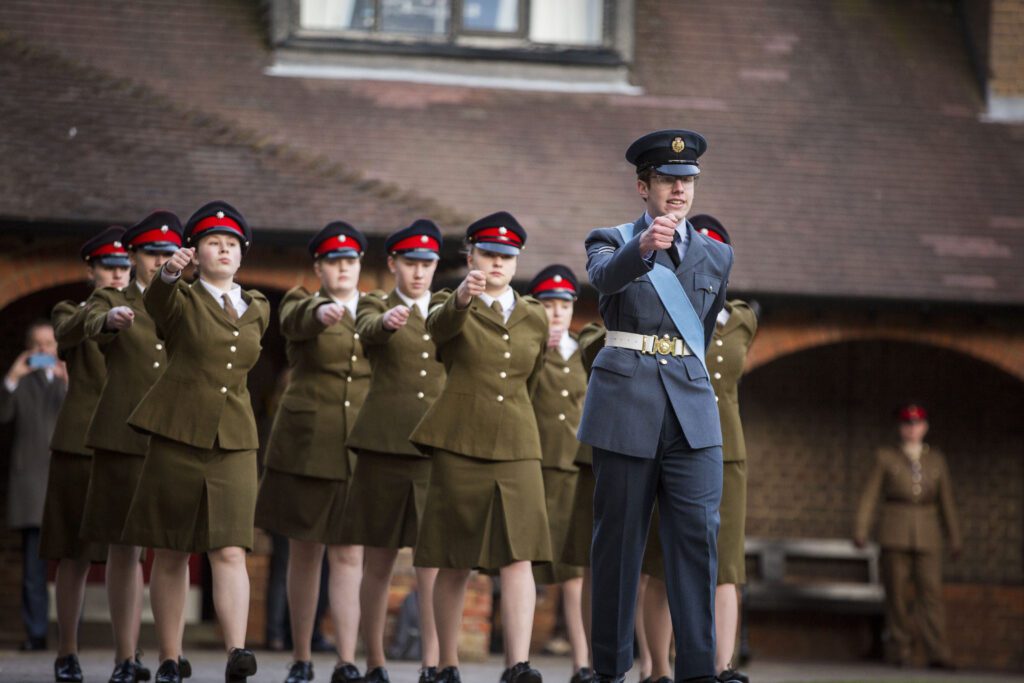 Mr Richard Backhouse, Principal of the Berkhamsted Schools Group stated “I am happy to be able to share today not only our results but a full picture of the achievements of our students. We believe that today’s academic results show only one element of the educational development of our pupils and whilst it is important to celebrate the academic achievements, these should be in addition to the results of hard work and effort in other areas of our pupils’ lives already achieved throughout the year. A pupil’s character is developed through exposure to a broad range of experiences, and importantly learning from success or failure on their journey to developing into a truly remarkable person.”

He continued “With many accomplishments under each of their belts and a record-breaking set of results, this year’s Sixth Formers look set for a bright future, whether they follow previous alumni to university in the UK or the US; into a gap year experience or onto an apprenticeship scheme.  Berkhamsted is very proud today of its new generation of Old Berkhamstedians.“