Joe has had a distinguished career as a pupil at Berkhamsted. He was deservedly appointed Head Boy for Year 13.

As an outstanding musician, he relished every opportunity to perform to and entertain a Berkhamsted audience, which included Her Majesty The Queen in 2016. He was also Principal Pianist of the National Youth Orchestra of Great Britain during his time at Berkhamsted School.

Joe has secured an organ scholarship and will study Chinese at Cambridge University, pursuing his love of languages.

“I’ve really enjoyed taking part in charity events whilst being at Berkhamsted. Performing in a fundraising ‘Funkathon’ in 2018 is one of my favourite Berkhamsted memories. In the future I’d like to be involved in some international humanitarian work. “As an Old Berkhamstedian I am proud to be following in the footsteps of some really inspirational Cambridge alumni.” 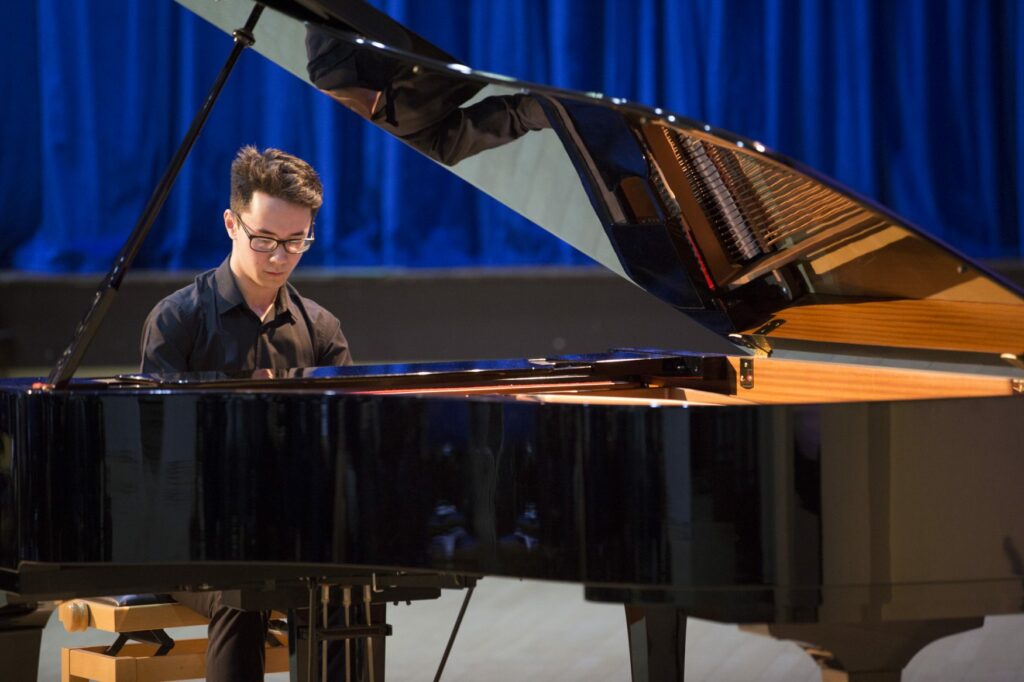 Alongside her academic studies, Zoe participated in many enriching activities outside of the classroom.

She has achieved Grade 8 in piano and a Gold Duke of Edinburgh Award.

“Berkhamsted just gets better every year, I have been surrounded by an absolutely lovely bunch of people, I couldn’t have wished for a better atmosphere in which to grow.

“It’s encouraging to feel that you can throw yourself into everything but be aware that everything may not go your way and that failure is a good thing.”

Zoe has developed leadership qualities by coaching school sport (Eton Fives) and with the Combined Cadet Force. She aims to continue her personal development by completing a specialist course in Costa Rica during her gap year to become qualified in expedition leading. 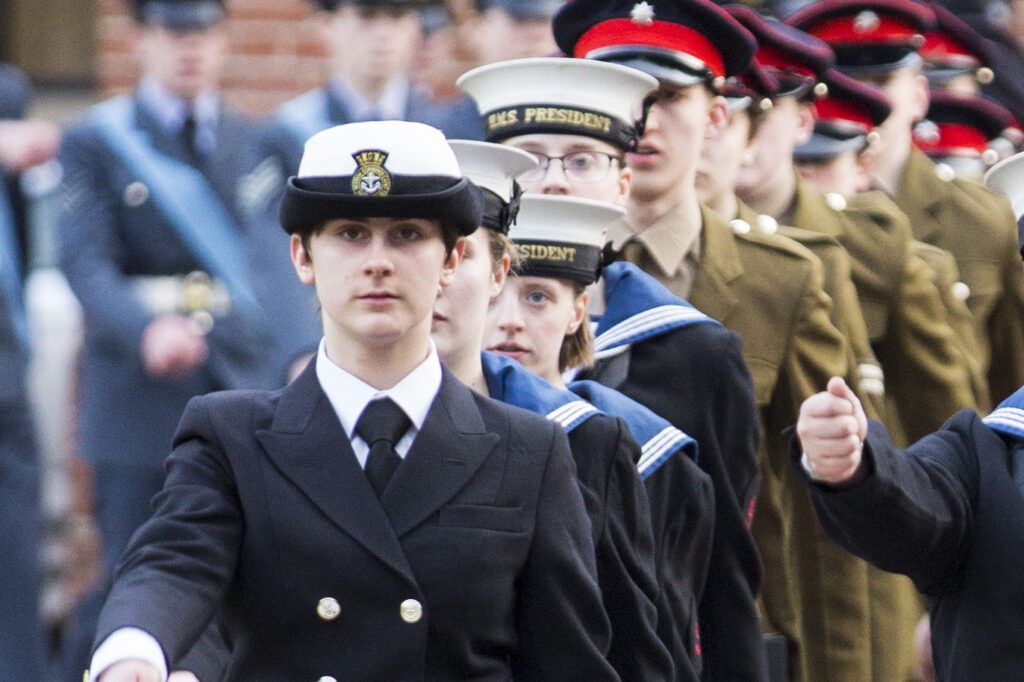 A talented singer, Abi has performed lead parts in reams of school music and drama productions. She starred in the Sixth Form production of We Will Rock You, and performed in many entertaining fundraising events for charity.

She will go on to study English Literature at Liverpool University. Extra-curricular opportunities have stimulated her academic progress at Berkhamsted, including her winning participation of the Arnold Poetry Prize.

“GCSE and A Level English has been amazing. There’s been a really great bond between pupils which has led to amazing discussions and creative ideas.

“Berkhamsted has taught me, If you aim for the moon you’ll fall among the stars. My ambition is to become the Chief Editor of Vogue. Hopefully being ambitious will get me somewhere.” 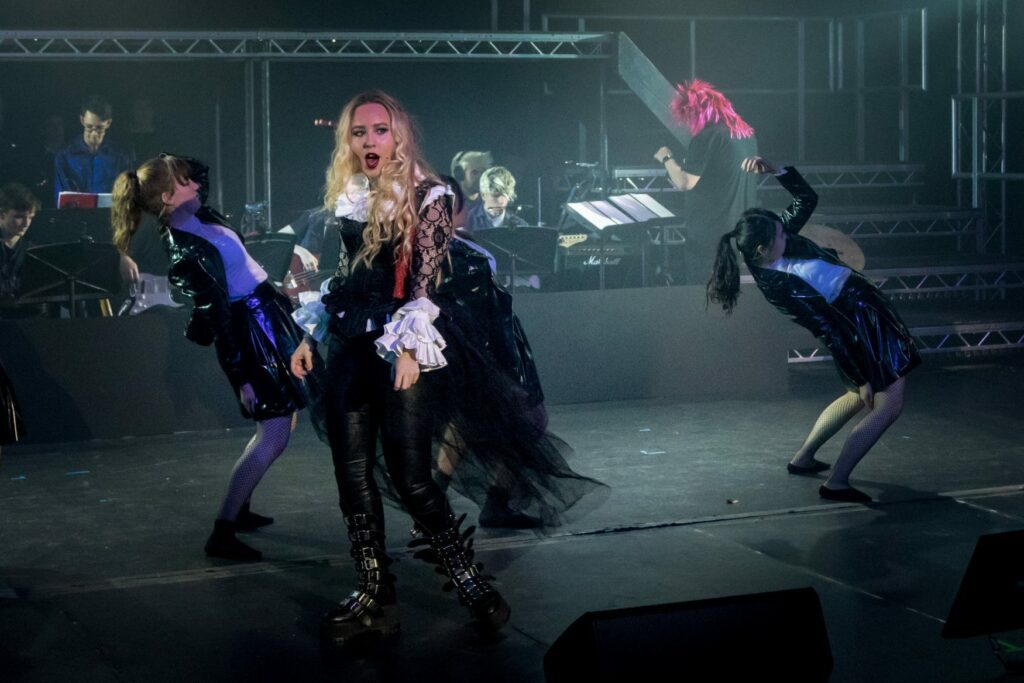 With his intellectual curiosity for physics Dillan was the ideal project leader for a successful High Altitude Balloon project in 2018.

He also became a director of a Young Enterprise company, where teamwork and collaboration were central to success.  He has enjoyed participating in school sports such as rugby, football and squash. Dillan’s favourite memory at Berkhamsted was the atmosphere amongst his friends after they won the inter house football ‘as underdogs.’

“I joined Berkhamsted at Year 3 and throughout my journey I’ve felt so supported here. I have enjoyed being a House Captain and undertaking roles of responsibility, particularly in Sixth Form where you are encouraged to be more independent. I am now excited to be taking the next step of my journey to Durham University where I plan to study Engineering.” 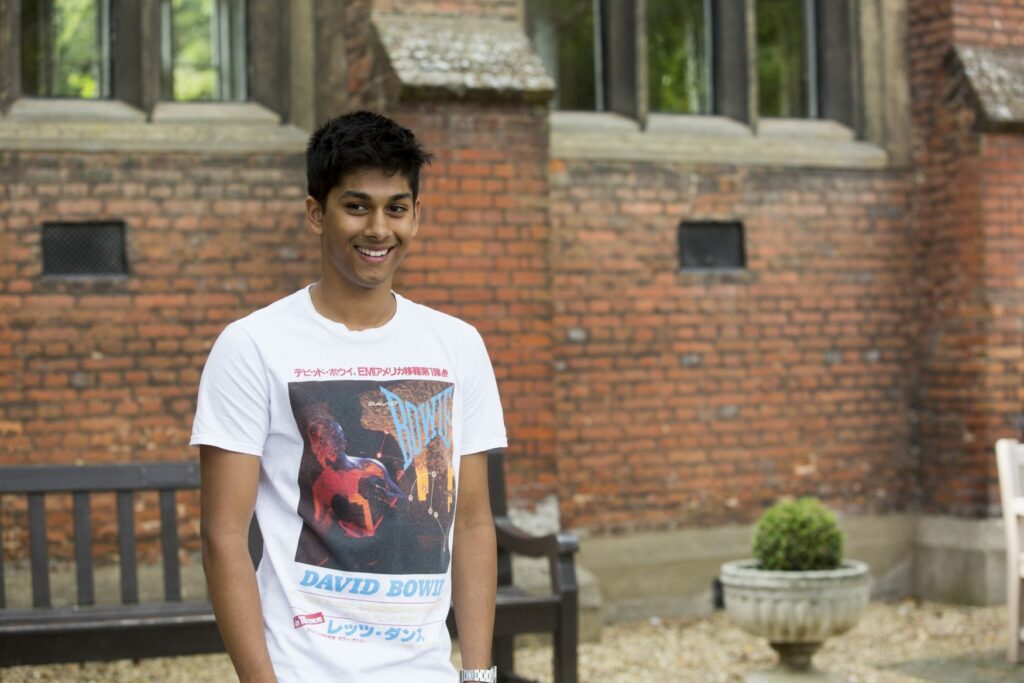 Throughout Sixth Form, Sam has had passion, purpose and drive to make a difference within the school community.

He set up a school fundraising programme which raised over £35,000 in its first year.

“I am looking forward to moving to the USA to study Mechanical Engineering with a minor in Aerospace at a top US university. I’m hoping to build contacts at Space X and NASA to boost my future career prospects in the space industry.”

Maths A*,  Further Maths A, Physics A 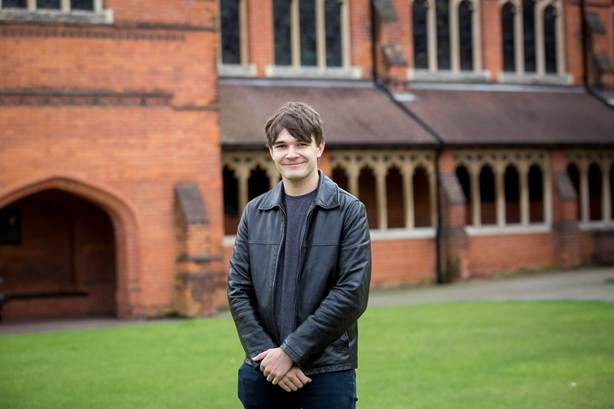 Robyn (pictured centre) has been a true reflection of the school value of ‘serving others’ during her time at Berkhamsted Girls, from volunteering at the Easter Senior Citizens’ Tea Party to spearheading the new Wellbeing dogs initiative across Berkhamsted Schools Group to improve the stress levels among staff and students alike.

She is incredibly happy with her set of GCSE results and is excited to move into Berkhamsted Sixth to study A Level’s in English Literature, Latin and Philosophy & Theology with a view to pursuing a career in Law in the future. “At Berkhamsted, I’ve been part of such a tight knit community especially as part of Old Stede and the debate society.

I’ve learnt so many new skills – from public speaking to learning how to get on with different people. My proudest achievement is how the school embraced the concept of my wellbeing dogs proposal and implemented it across the school for everyone to benefit” 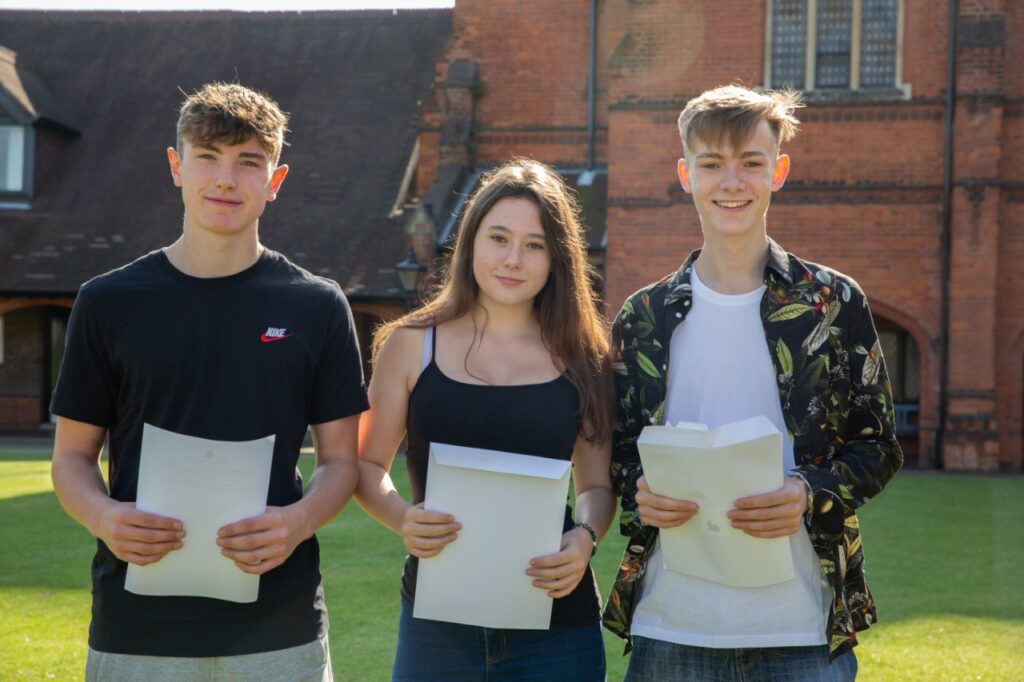 Alex has ambitions to become a lawyer or barrister in the future and managed to surpass the unrealistic aims he set himself to receive an excellent set of GCSE results, including Science and French which he was particularly proud of.

The school drama productions have been a particular highlight at Berkhamsted Boys and he has been involved in ‘Les Miserables’ and ‘We Will Rock You’ most recently. He is also a member of the National Youth Music Theatre. Alex is very keen to start a new subject at Berkhamsted Sixth – A Level Economics, as he enjoys reading and discussing different aspects of the topic at home and is always keen to try new things.

“What I like most about Berkhamsted is that it is not a straight academic school, there is such a variety of extra-curricular activities to get involved with from music and drama, to sport and outdoor education. Being part of these activities has helped me in lots of different ways, it has kept me busy but has really enabled me to become more organised with planning my time between my studies and free time.” 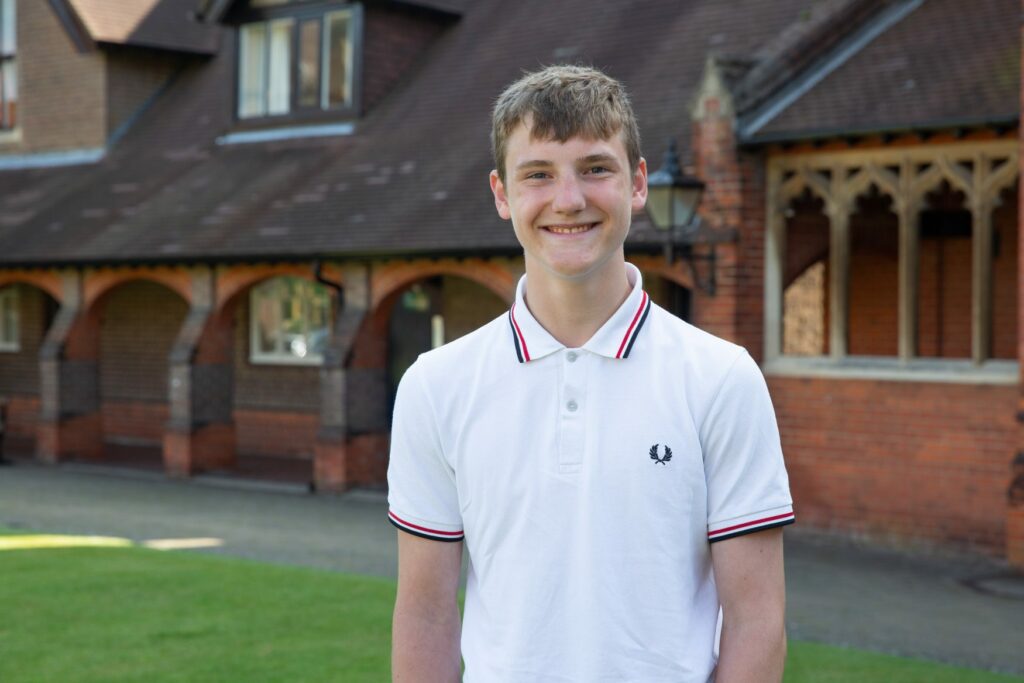 Grace is still coming back down to earth after her disbelief at the 10 GCSE results at grade 9 which she was surprised but delighted to receive. One of her highlights of Berkhamsted Girls was a trip to Berlin in Year 9 which continued to spark her passion for history as a subject and she has been inspired by many different experiences and opportunities on offer at Berkhamsted Girls during her time here. She received incredible support from her teachers and Head of House during her time at Berkhamsted and is grateful to them for all of their help.

Grace is a keen Lacrosse player as part of the 3rd XII Lacrosse team and has also been an excellent Deputy House Captain at St David’s.

“St David’s house is such a nice environment to go into every morning and they have been there for me throughout my time at the school. I’m excited to continue my studies at Berkhamsted Sixth in my two favourite subjects – History and Maths and look forward to starting a brand new subject at A Level – Economics” 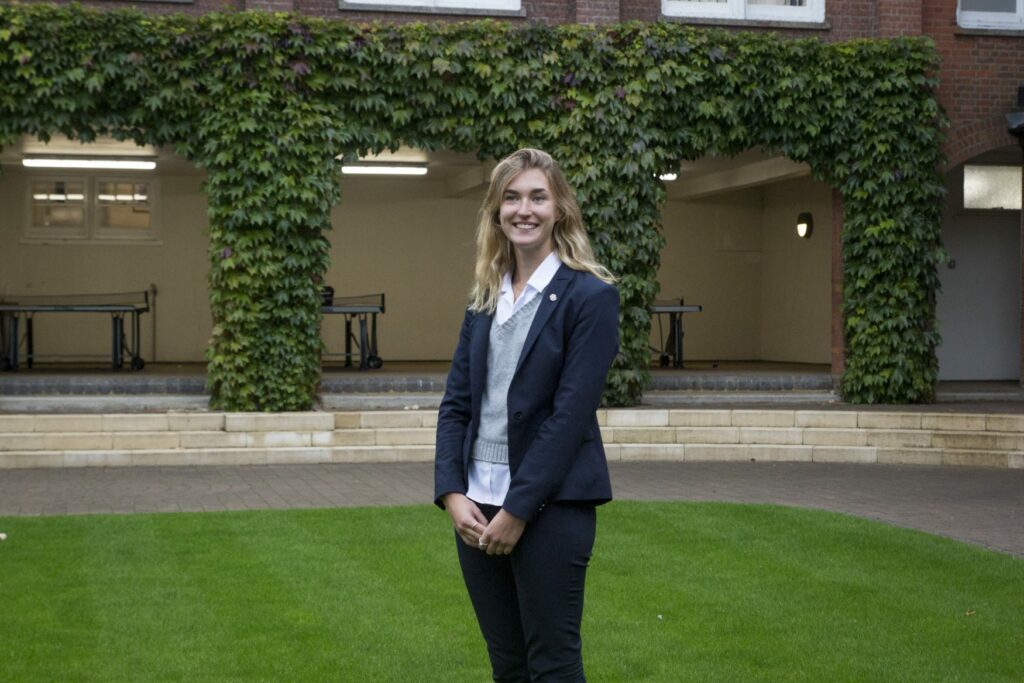 Josh’s experience at Berkhamsted Boys has been all about the connections he has made with friends and staff during his extra-curricular activities and lessons. From taking part in drama productions and climbing club to experiencing DofE and the support from his housemaster, Mr Foster.

He is over the moon with his outstanding GCSE results which are beyond anything he ever expected and after studying his A Levels at Berkhamsted Sixth, he plans to go on to study Engineering at a top University and his dream job would be to become an inventor.

“From being a Year 7 boy reading a book alone in the library in my first week to taking part in drama productions and delivering a talk to a group of people in the Year 9 Young Enterprise day, I have grown so much in confidence thanks to the support of my Berkhamsted friends and staff along the way.” 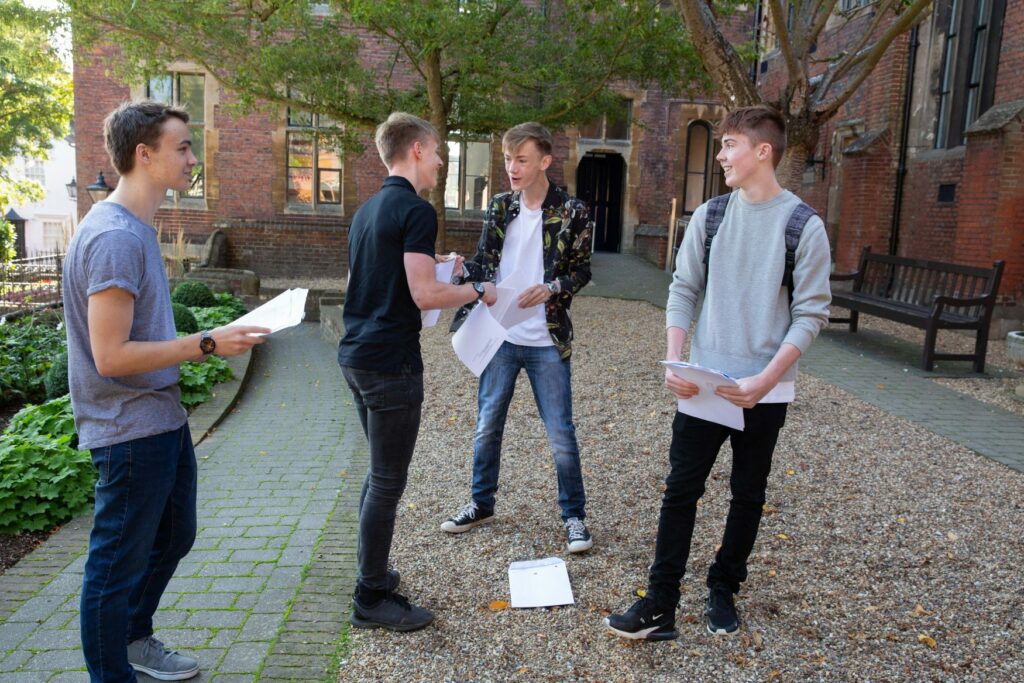 Jeff aspires to be a doctor. His academic achievements are remarkable. High grades in no less than five A levels takes a great dedication to studying. Since joining Sixth Form, Jeff has engaged and made friends with everyone around him, showing the personality traits required for his future career choice.

In combination with his A Level studies Jeff and his team were a success in Young Enterprise, creating a profitable business selling self-designed Christmas products. He is a competitive and skillful sportsman and he regularly utilised the school facilities to play Badminton, tennis and squash. Enjoying the school culture of taking opportunities to participate, he joined the football team as part of the 6th XI for his first experience of a muddy school football field on cold January morning.

“I have really enjoyed Berkhamsted as an environment to live and study. The town is safe and full of interesting things to do. We are treated like adults, to prepare us for university and the first steps in our future careers.” 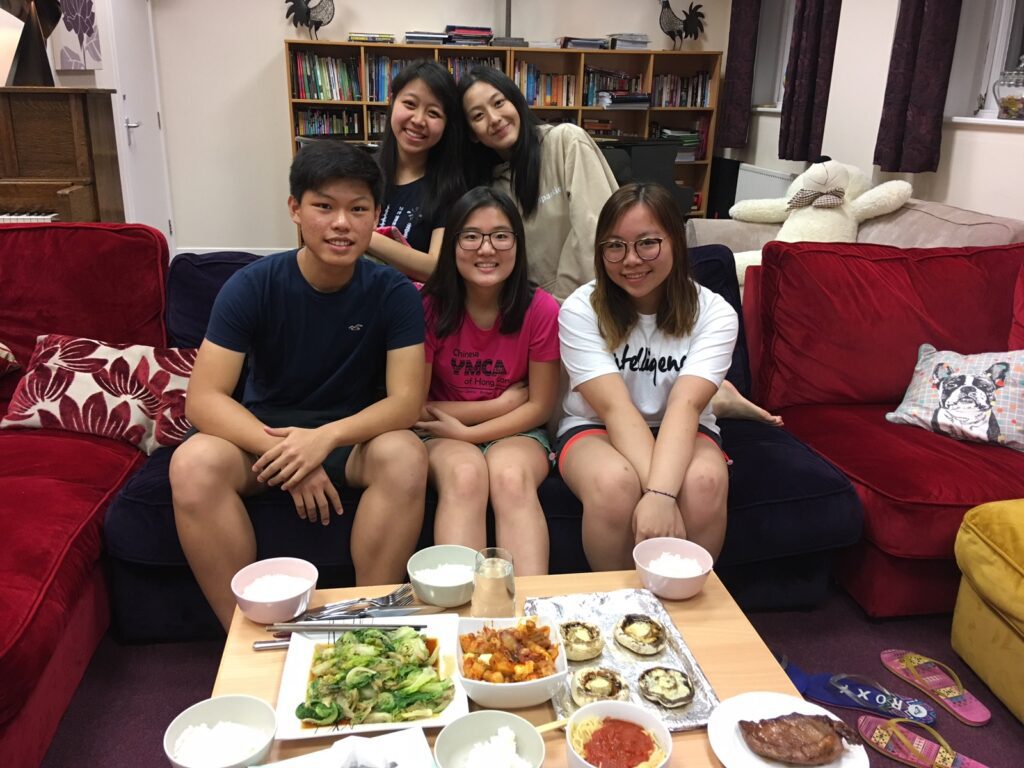 Joanna’s positive approach to school and her academic studies has brought her outstanding results in her A Levels.

Joanna is a very talented photographer and has enjoyed using her camera to creatively explore her surroundings.

Joanna has developed excellent interpersonal and leadership skills. She was a successful Deputy House Captain for St John’s Boarding House. She enjoys playing Basketball and Badminton, joining fellow boarders and the pupils from throughout the school community.

Following her time at Berkhamsted, Joanna will study at one of the foremost universities in the world – LSE where she will study Economics.

Chinese A, Economics A, Maths A,  Further Maths A*, Photography A*,  Psychology A 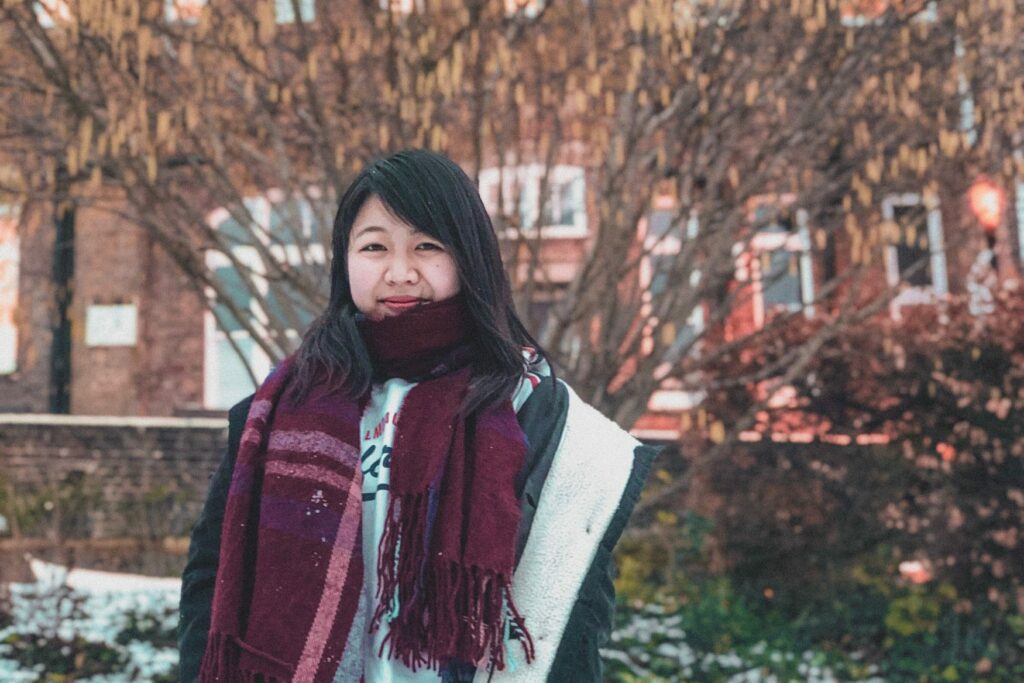 New Sixth Form: a vision turning into a reality for Berkhamstedians