The Geography Association has named Year 7 pupil John Broadis as the winner of their Physical Geography photo competition.

John’s “dramatic photo” of the North Yorkshire coastline was supported by his informative explanation and observations on erosion.  It highlights the consequence of the geographic process, leaving their family owned hut just inches away from the drop into the North Sea. 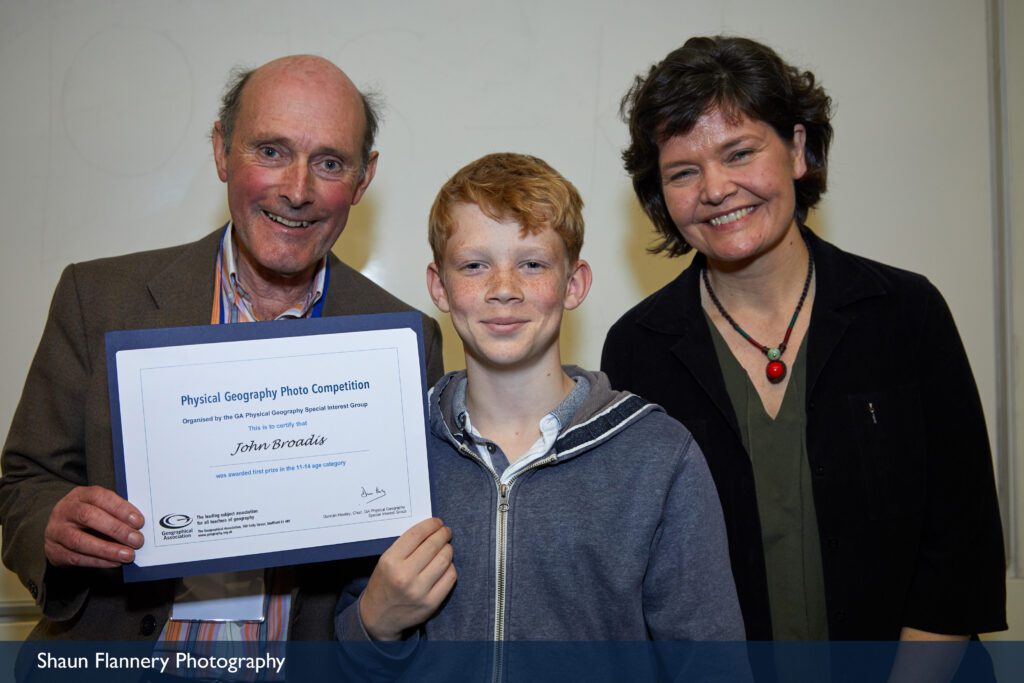 He said “I was tasked to capture a photo of a landscape. It needed to highlight how physical geography related to my life. I immediately thought about the erosion I have seen in Yorkshire.

“My family have our summer holiday in Runswick Bay near Whitby ever year.  However in the last four years coastal erosion has become a great concern for us. Our holiday hut was increasingly at risk of falling down. There are no sea defences to stop the erosion and storm surges, it would be ineffective in this location.

“Since the photo was taken my family have now rebuilt the hut further back, but it’s still an ongoing problem. Erosion is a real world situation, and this is just one example of how it affects people.”

1st place in the 11-14 age group is awarded for “Cliff erosion on the North Yorkshire coastline”. Congratulations to John Broadis from @BerkhamstedSch @The_GA #PhotoComp pic.twitter.com/bjNSjHQl9k

John collected his award this month at the Geographical Association Annual Conference.  Over 750 delegates were there to celebrate their passion for Geography at Manchester University.

Duncan Hawley, Chair, Physical Geography Special Interest Group said “It’s a dramatic photo that certainly gives a good sense of interplay between the physical and people. There is an informative explanation of the processes; it was nice to read about the role of precipitation and slumping as well as the sea.

“Moreover there was a strong geographical moral here outlining how coastal management in one location is often at the expense of erosion at another – in this case with personal consequences. So, overall this photograph meets the challenge of this year’s theme and comes out top of our winners.”

Head of Geography Jonathan Bruce congratulated John for his success and recognised the value of the competition for all Year 7-9 pupils at Berkhamsted.

He said “All students entered the competition internally some with more than one entry which was pleasing!

“The department focus is to promote students observation and awareness of physical geography in their own environment. This competition at the start of the September was a superb vehicle to engage and inspire students by using photography to capture and  interpret the physical environment.”