Over the course of two days, Berkhamsted welcomed Tamara, Stevie and Aish from Humanutopia who have helped to deliver a series of exciting and valuable sessions for pupils across a range of year groups, beginning with the forty Year 12 students who are this year’s wellbeing ambassadors.

Humanutopia are an educational consultancy who deliver courses for young people that help to support their wellbeing and aspirations. By receiving training and accumulating knowledge from them, our Year 12 Wellbeing Ambassadors can play an active role in supporting the wellbeing of their peers at Berkhamsted as well as passing on the knowledge they have gained.

Thursday 1st  December saw our Wellbeing Ambassadors receive training from Humanutopia to prepare them for delivering a series of sessions to young pupils. The Year 12s had a morning of training and were then surprised by 120 Year 6 pupils from the Prep School and Heatherton, to whom they then had to deliver a session which allowed all pupils involved to get to know one another better. The pictures below give a flavour of the good fun that was had and the brilliant way in which the Year 12s brought together younger pupils from both schools.

It was a busy day, but it was clear that the Year 12s had learnt a great deal in terms of being able to facilitate conversations and encourage reflection amongst their peers, whilst also creating a friendly, comfortable atmosphere. 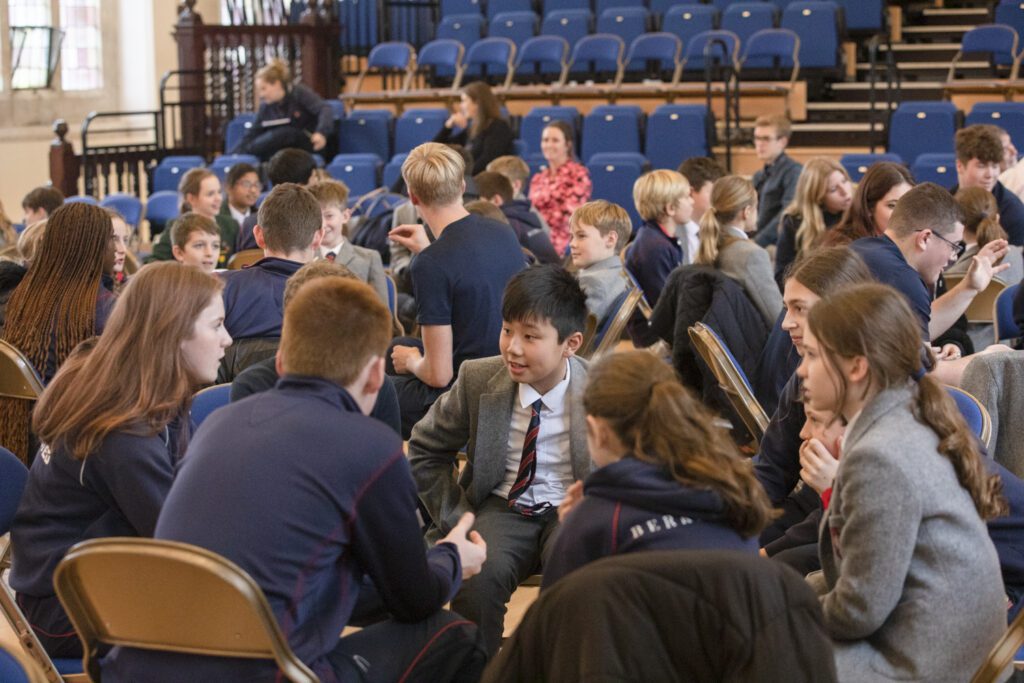 A week later, the Wellbeing Ambassadors were putting what they had learnt into practice again, this time leading a “Who am I?” day for the whole of Year 9.  The “Who Am I?” day not only allowed Year 9 pupils from the Girls and Boys school to reflect on their past, present and future and consider positive changes they can make to their lives, but also helped the Year 12 Wellbeing Ambassadors to develop skills and ideas that help them to facilitate conversations amongst people who don’t necessarily know each other well.

For the younger pupils involved, the Humanutopia sessions offered an opportunity to have honest and open conversations with one another and to learn how to speak more openly about wellbeing and personal feelings. For Year 9, it also offered the chance to get to know one another better too, in a year which sees a significant intake of new joiners.

Meanwhile a range of Year 12 pupils were involved, from those who have been at Berkhamsted since Year 7 or Year 9 (and who therefore had experienced the Humanutopia “Who Am I?” days in Year 9) to those who were new to Sixth this year. Becoming a Wellbeing Ambassador therefore offers the chance to meet new people, as well as develop confidence and leadership skills. It also gives pupils the chance to become role models; “I wanted to help younger pupils with their mental wellbeing,” explained Jack, “so that I can be there for them. Being involved in Humanutopia gave me an opportunity to do that.” 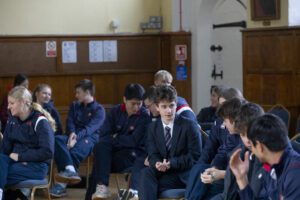 “I think that the Humanutopia sessions were a valuable experience in terms of the communication that we had to do,” added Dasha. “It really pushed me out of the comfort zone to talk to new people about various topics. Also, we had to do activities with Y6 students, so I had to apply different approach to get along with them than I did with the Year 9s.”

Over the course of the year to come the Wellbeing Ambassadors will not only continue to provide support and act as role models but also deliver the Mental Health Foundation’s Peer Education Project to all pupils in Year 7. This will offer them further opportunity to build upon the skills they have gained during the Humanutopia sessions and prompt further conversations amongst Berkhamsted students about wellbeing and personal development. 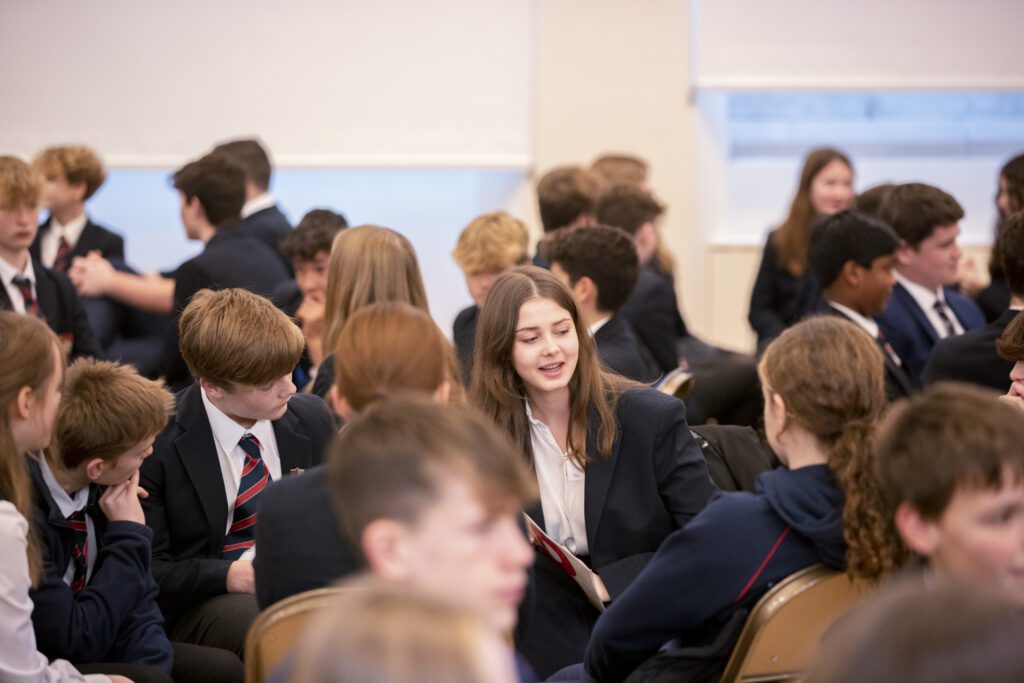